The man asked a manager not to have a party because he had an anxiety disorder. What followed spiraled into a legal dispute over whether the man had a panic attack or a violent outburst.

Turning 12 has taken on added significance this summer, as tweens line up for shots allowing them to see friends and play sports again.

The former president scaled back the guest list for his party on Martha’s Vineyard. Who’s in and who’s out?

Hundreds of former Obama administration officials, celebrities and Democratic donors had been planning to attend the huge bash on Martha’s Vineyard on Saturday.

Just how much Covid was spreading behind closed doors last year? Quite a lot, as a new study with a simple yet creative approach found out.

While the digital revolution has transformed nearly every social interaction and communication type in the past couple decades, the humble birthday card has shown surprising resiliency.

Givingli, a small LA-based startup with an app aiming to challenge how Gen Z sends digital greeting cards, is picking up some seed funding from investors betting on their philosophy around modern gifting. The startup has raised a $3 million seed round led by Reddit co-founder Alexis Ohanian’s Seven Seven Six, while Snap’s Yellow Accelerator also participated in the raise.

The wife and husband co-founding team stumbled into the world of digital greetings and gifts after abandoning physical invitations for their wedding and exploring how the digital greetings space had and hadn’t evolved. They’ve taken a mobile-first approach to tackling greetings for special events and moments where users just want to let someone know they’re thinking of them. 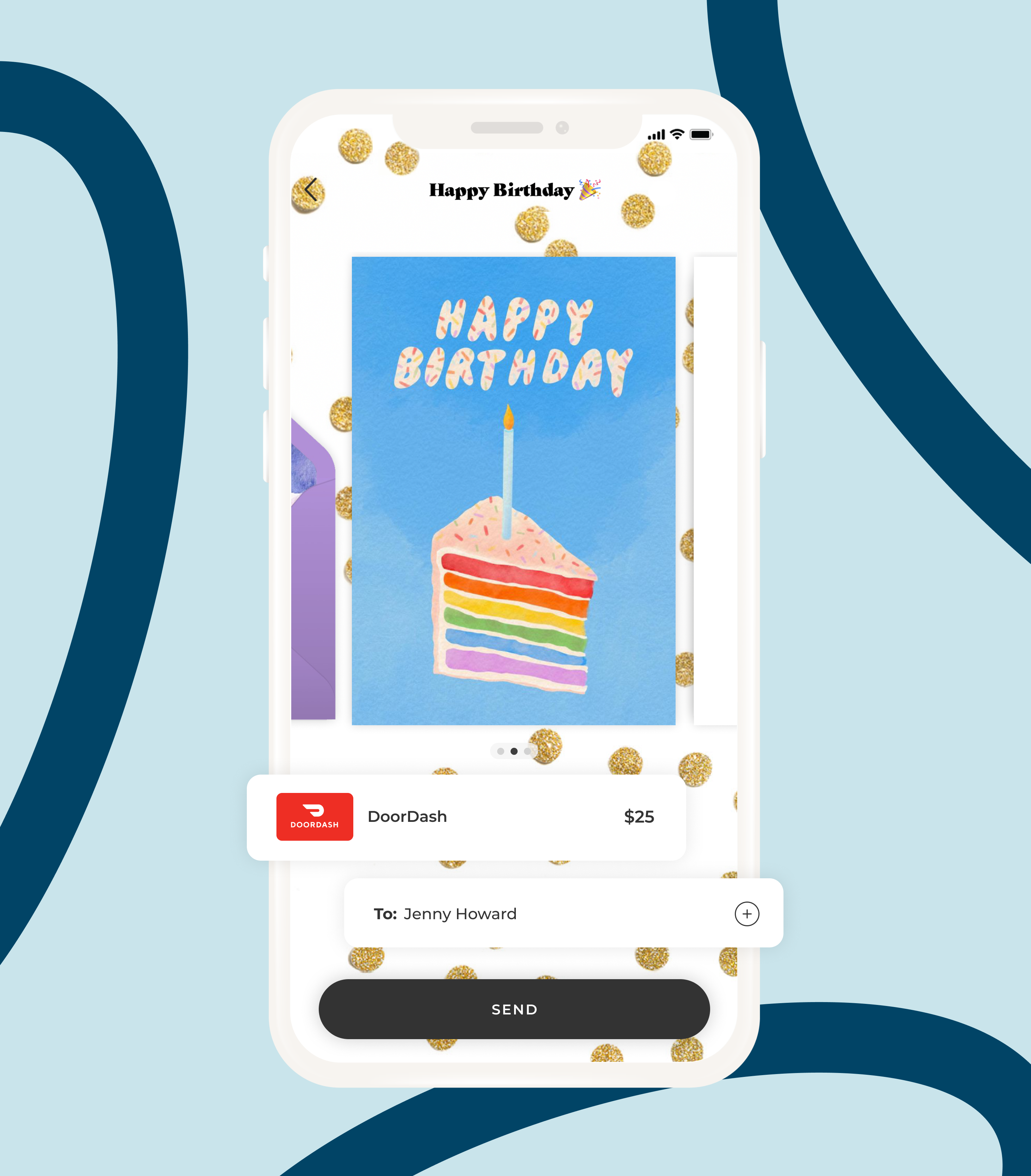 “Initially, we thought it would mainly be birthdays and categories like weddings, graduation, etc., and I think we just threw in some ‘just because’ cards, but then that became the most popular category, by far,” CEO Nicole Emrani Green tells TechCrunch. “I think that it’s what kicked off our virality, because obviously with every Givingli sent you’re pulling someone else in and then the conversation continues.”

The app monetizes through a $3.99 monthly premium subscription which gives users access to a greater variety of digital greeting designs from the more than 40 artists that the startup has licensed work from. Alongside paying for premium subscriptions, users can also shop for digital gift cards to send along with their greetings. Givingli’s gift card storefront has more than 150 brands available including Amazon, Spotify, Nike and DoorDash.

A big sell for Givingli’s offering has been its customization. Although users are pushed to select from the hundreds of available greeting cards, they can also spice them up by adding photos or videos in addition to writing text. The aim is to create a moment that rivals messages that can be shared via email, text or on social media services.

“For a generation of digitally native users, it’s not surprising that the ability to like, swipe, upvote or shoot a quick text from our phones have become the predominant ways we connect with others,” said Ohanian in a press release announcing the seed round. “What first attracted me to Givingli is that Nicole and Ben acutely understood this evolution and built a platform that provides the creative tools needed to elevate those interactions and deepen connections. Whether it’s sending a digital birthday gift, or a note just because – it’s clear that Givingli has put snail mail on notice.”

One of the team’s big challenges has been highlighting the visibility of their native app which users download to send greetings. Last fall, the Givingli team debuted a partnership with Snap that brought their gifting service inside Snapchat via a bite-sized Snap Mini app integration. The rollout followed the startup’s participation in Snap’s Yellow Accelerator program.

Emrani Green says that partnership has helped bring more users to their platform, and that more than 5 million people have used Givingli to send greetings since the app launched in 2019.

The Times’s longtime Personal Health columnist and the nation’s most famous doctor met recently to talk about life as octogenarians and beyond. Listen to their conversation.

The secret to a happy and vibrant old age? Strive to do what you love for as long as you can do it.

The gunman shot and killed six adults before taking his own life at a mobile home park, officials said. A motive was not yet known.

A 117-year-old nun in France made me think it might be.

Rows upon rows of police cars, fire trucks and construction vehicles showed up for Logan Lloyd’s 6th birthday, a day after his father was killed while battling a blaze at an assisted living center.

Through the 1-800 Happy Birthday Project, Mohammad Gorjestani invited callers to leave messages for Black and Latino people who died in encounters with law enforcement.

Sometimes just being a Linda is the best reason to celebrate.

Sister André will celebrate her victory against the virus and her 117th birthday on Thursday with a feast, and a glass of Champagne.

While you freeze in cold weather, they have a secret weapon.

In a bleak year, our listeners offer some brightness — from all over the world.

For my son, each birthday has been accompanied by complicated feelings, a reminder of the milestones he has not met and may never meet.

“This kind of blatant disregard for the well-being of others is not only extremely disappointing; it will not be tolerated,” a Long Island official said.

“This kind of blatant disregard for the well-being of others is not only extremely disappointing; it will not be tolerated,” a Long Island official said.

Being a family separated by borders is never easy, but this year is different.

The pandemic could change unexpected parts of our lives for years to come, experts say.

An Austrian man has apologized for the damage he caused to a Canova sculpture, saying he didn’t realize he had crunched the foot of the plaster Pauline Bonaparte.

Buy one or make one, then destroy it.

You or your loved one is another year older no matter what, so why not celebrate?

Buckingham Palace said the queen had also instructed that flags not be flown in her honor unless it was done while observing social distancing.

The birthday party as we knew it is over. Here’s how to have a birthday gathering.

Stay-at-home orders don’t have to put a damper on your special day.