The arrests of Ilya Lichtenstein and Heather Morgan left the world of cryptocurrency incredulous: Could this goofy young couple have been Bitcoin’s Bonnie and Clyde?

The couple were accused of conspiring to launder Bitcoin that had been stolen in 2016 from Hong Kong-based Bitfinex, one of the world’s largest virtual currency exchanges.

Mercuryo, a startup that has built a cross-border payments network, has raised $7.5 million in a Series A round of funding.

The London-based company describes itself as “a crypto infrastructure company” that aims to make blockchain useful for businesses via its “digital asset payment gateway.” Specifically, it aggregates various payment solutions and provides fiat and crypto payments and payouts for businesses.

Put more simply, Mercuryo aims to use cryptocurrencies as a tool for putting in motion next-gen cross-border transfers or as it puts it, “to allow any business to become a fintech company without the need to keep up with its complications.”

“The need for fast and efficient international payments, especially for businesses, is as relevant as ever,” said Petr Kozyakov, Mercuryo’s co-founder and CEO. While there is no shortage of companies enabling cross-border payments, the startup’s emphasis on crypto is a differentiator.

“Our team has a clear plan on making crypto universally available by enabling cheap and straightforward transactions,” Kozyakov said. “Cryptocurrency assets can then be used to process global money transfers, mass payouts and facilitate acquiring services, among other things.”

Mercuryo began onboarding customers at the beginning of 2019, and has seen impressive growth since with annual recurring revenue (ARR) in April surpassing over $50 million. Its customer base is approaching 1 million, and the company has partnerships with a number of large crypto players including Binance, Bitfinex, Trezor, Trust Wallet, Bithumb and Bybit. In 2020, the company said its turnover spiked by 50 times while run-rate turnover crossed $2.5 billion in April 2021.

To build on that momentum, Mercuryo has begun expanding to new markets, including the United States, where it launched its crypto payments offering for B2B customers in all states earlier this year. It also plans to “gradually” expand to Africa, South America and Southeast Asia.

Target Global led Mercuryo’s Series A, which also included participation from a group of angel investors and brings the startup’s total raised since its 2018 inception to over $10 million. 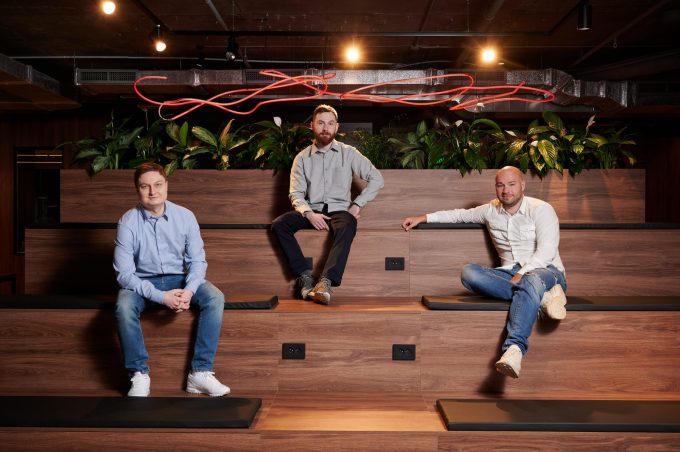 The company plans to use its new capital to launch a cryptocurrency debit card (spending globally directly from the crypto balance in the wallet) and continuing to expand to new markets, such as Latin America and Asia-Pacific.

Mercuryo’s various products include a multicurrency wallet with a built-in crypto exchange and digital asset purchasing functionality, a widget and high-volume cryptocurrency acquiring and OTC services.

Kozyakov says the company doesn’t charge for currency conversion and has no other “hidden fees.”

“We enable instant and easy cross-border transactions for our partners and their customers,” he said. “Also, the money transfer services lack intermediaries and require no additional steps to finalize transactions. Instead, the process narrows down to only two operations: a fiat-to-crypto exchange when sending a transfer and a crypto-to-fiat conversion when receiving funds.”

“Whether it be virtual accounts or third-party customer wallets, the company handles most cryptocurrency-related processes for banks, so they can focus more on their core operations,” Kozyakov said.

“Doing our diligence, we measured ‘time to crypto’ – how long it takes from going to the App Store and downloading the app until the digital assets arrive in the wallet,” he said.

Mercuryo came first with 6 minutes, including everything from KYC and funding to getting the cryptocurrency, according to Lobanov.

“The second-best result was 20 minutes, while some apps took forever to process our transaction,” he added. “This company is a game-changer in the field, and we are delighted to have been their supporters since the early days.”

Looking ahead, the startup plans to release a product that will give businesses a way to send instant mass payments to multiple customers and gig workers simultaneously, no matter where the receiver is located.

While there are a few crypto payment gateways already, Bitfinex Pay has the advantage of working seamlessly with the company’s exchange. Merchants can create a widget and start accepting payments in Ethereum and bitcoin. Payments are deposited on your exchange wallet.

You don’t pay any fee with Bitfinex Pay transactions. Of course, there are some network fees involved with sending crypto tokens. Merchants will also end up paying fees if they want to convert their cryptocurrency holdings on the exchange and transfer fiat money out of their account.

Bitfinex Pay also lets you accept Tether payments. Tether is a stablecoin, which means that one unit of Tether is supposed to be worth one USD — it doesn’t fluctuate over time.

That statement has been challenged as the attorney general in New York has concluded that Tethers weren’t fully backed by USD sitting in bank accounts at all times. At some point, Bitfinex couldn’t access $850 million held in a Panamanian bank.

As a result, Tether and Bitfinex are currently banned in the state of New York. So you’ll have to determine whether you trust Bitfinex enough to use it as part of your checkout process on your website.