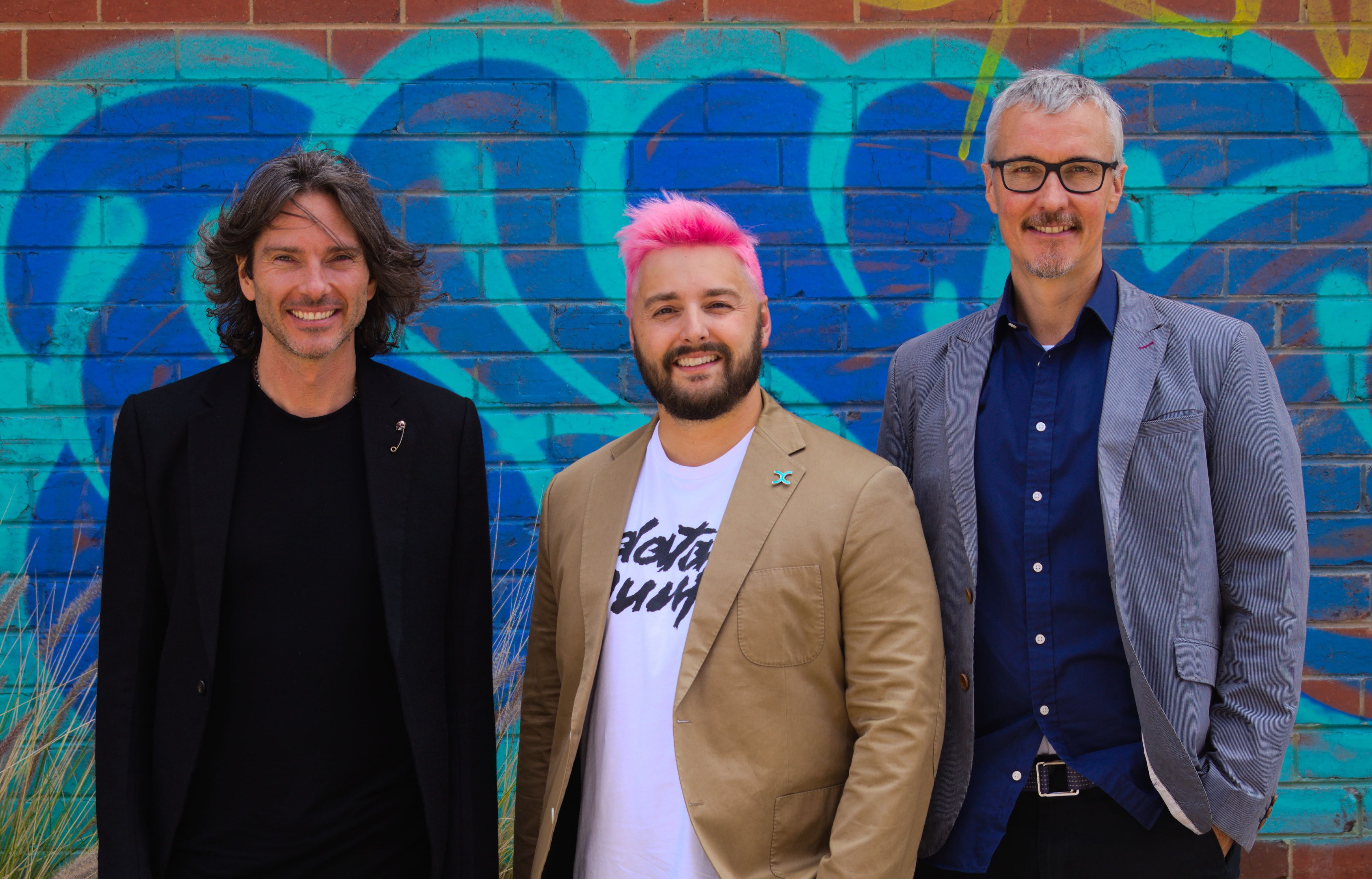 The massive shift to online shopping during the COVID-19 pandemic means retailers need to analyze customer data quickly in order to compete against rivals like Amazon. Lexer, a customer data platform headquartered in Melbourne, Australia, helps brands manage data by organizing it on one platform, making analysis easier for small to medium-sized brands. The company announced today that it has raised $25.5 million in Series B funding for expansion in Australia, the United States and Southeast Asia.

The round was led by Blackbird Ventures and King River Capital, with participation from returning investor January Capital, and brings Lexer’s total raised so far to $33 million. Blackbird Ventures co-founder and partner Rick Baker will join Lexer’s board.

The company was founded in 2010 by Aaron Wallis, Chris Brewer and Dave Whittle, and its clients include Quiksilver, DC Shoes, John Varvatos and Sur La Table. The new funding will be used to add 50 more people to Lexer’s team, with plans to double its headcount in Australia, the U.S. and Southeast Asia. Whittle, the company’s chief executive officer, told TechCrunch it will also add more features to provide retailers with enterprise-grade customer data, insight, marketing, sales and service capabilities.

Brands use Lexer to increase their incremental sales, which includes sales to both existing and new customers, by helping them understand things like shopping patterns among different groups of visitors, which customers are most likely to make future purchases and what marketing strategies results in the most sales.

While brands often have to use multiple data and analytics software to understand data from different sources, Lexer’s goal is to make everything accessible in one platform. “Our customers don’t have to engage expensive and time-consuming third parties for strategy, implementation, customization and project management,” he said.

Before Lexer’s Series B, most of its growth came from single brands, or groups of mid-market retail brands. Now it’s focusing on working with all sizes of brands, Whittle added.

The pandemic has forced many brands to place a greater emphasis on digital engagement to increase their online sales and stand out from other e-commerce merchants.

Twilio confirms it is buying Segment for $3.2B in an all-stock deal

Sources have told TechCrunch that Twilio intends to acquire customer data startup Segment for between $3 and $4 billion. Forbes broke the story on Friday night, reporting a price tag of $3.2 billion.

We have heard from a couple of industry sources that the deal is in the works and could be announced as early as Monday.

Twilio and Segment are both API companies. That means they create an easy way for developers to tap into a specific type of functionality without writing a lot of code. As I wrote in a 2017 article on Segment, it provides a set of APIs to pull together customer data from a variety of sources:

Segment has made a name for itself by providing a set of APIs that enable it to gather data about a customer from a variety of sources like your CRM tool, customer service application and website and pull that all together into a single view of the customer, something that is the goal of every company in the customer information business.

While Twilio’s main focus since it launched in 2008 has been on making it easy to embed communications functionality into any app, it signaled a switch in direction when it released the Flex customer service API in March 2018. Later that same year, it bought SendGrid, an email marketing API company for $2 billion.

Twilio’s market cap as of Friday was an impressive $45 billion. You could see how it can afford to flex its financial muscles to combine Twilio’s core API mission, especially Flex, with the ability to pull customer data with Segment and create customized email or ads with SendGrid.

This could enable Twilio to expand beyond pure core communications capabilities and it could come at the cost of around $5 billion for the two companies, a good deal for what could turn out to be a substantial business as more and more companies look for ways to understand and communicate with their customers in more relevant ways across multiple channels.

As Semil Shah from early stage VC firm Haystack wrote in the company blog yesterday, Segment saw a different way to gather customer data, and Twilio was wise to swoop in and buy it.

Segment’s belief was that a traditional CRM wasn’t robust enough for the enterprise to properly manage its pipe. Segment entered to provide customer data infrastructure to offer a more unified experience. Now under the Twilio umbrella, Segment can continue to build key integrations (like they have for Twilio data), which is being used globally inside Fortune 500 companies already.

Segment was founded in 2011 and raised over $283 million, according to Crunchbase data. Its most recent raise was $175 million in April on a $1.5 billion valuation.

Segment declined to comment on this story. We also sent a request for comment to Twilio, but hadn’t heard back by the time we published.  If that changes, we will update the story.

0
Latané Conant Contributor
Latané Conant is the Chief Market Officer of 6sense and author of “No Forms. No Spam. No Cold Calls.”

As the world reopens and revenue teams are unleashed to meet growth targets, many B2B sellers and marketers are wondering how they can best prioritize prospect accounts. Everyone ultimately wants to achieve predictable revenue growth, but in uncertain times — and with shrinking budgets — it can feel like a pipe dream.

Capturing and processing big data is essential in order to know everything about prospects and best position your solution. Accurately targeting your campaigns and buyer journeys necessitates more data than ever before.

Marketers today rely on customer data platforms (CDPs) to handle this slew of information from disparate sources. CDPs let us mash together and clean up data to get a single source of normalized data. We can then use AI to extract meaningful insights and trends to drive revenue planning.

That single source of truth also lets marketers dive into the ocean of accounts and segment them by similar attributes. You can break them down into industry, location, buying stage, intent, engagement — any combination of factors. When it’s time to introduce prospects to your cadence, you’ll have segment-specific insights to guide your campaigns.

You might find that your data ocean is much deeper than you expected. While transforming all that data into a single source to drive actionable insights, you’ll also need the right resources and solutions to convert raw data into highly targeted prospect outreach.

This is where AI shines. AI and machine learning enable revenue teams to analyze data for historical and behavioral patterns, pluck out the most relevant intent data, and predict what will move prospects through the buyer journey.

Financial services companies like banks and insurance tend to be heavily regulated. As such they require a special level of security and auditability. Hearsay, which makes compliant communications tools for these types of companies, announced a new partnership with Salesforce today, enabling smooth integration with Salesforce CRM and marketing automation tools.

The company also announced that Salesforce would be taking a minority stake in Hearsay, although company co-founder and CEO Clara Shih, did not provide any details on that part of the announcement.

Shih says the company created the social selling category when it launched 10 years ago. Today, it provides a set of tools like email, messaging and websites along with a governance layer to help financial services companies interact with customers in a compliant way. Their customers are primarily in banking, insurance, wealth management and mortgages.

She said that they realized if they could find a way to share the data they were collecting with the Hearsay toolset with CRM and marketing automation software in an automated way, it would make greater use of this information than it could on its own. To that end, they have created a set of APIs to enable that with some built-in connectors. The first one will be to connect Hearsay to Salesforce with plans to add other vendors in the future.

“It’s about being able to connect [data from Hearsay] with the CRM system of record, and then analyzing it across thousands, if not tens of thousands of advisors or bankers in a single company, to uncover best practices. You could then use that information like GPS driving directions that help every advisor behave in the moment and reach out in the moment like the very best advisor would,” Shih explained.

In practice, this means sharing the information with the customer data platform (CDP), the CRM and marketing automation tooling to deliver more intelligent targeting based on a richer body of information. So the advisor can use information gleaned from everything he or she knows about the client across the set of tools to deliver more meaningful personal message instead of a targeted ad or an email blast. As Shih points out, the ad might even make sense, but could be tone deaf depending on the circumstances.

“What we focus on is this human-client experience, and that can only be delivered in the last mile because it’s only with the advisor that many clients will confide in these very important life events and life decisions, and then conversely, it’s only in the last mile that the trusted advisor can deliver relationship advice,” she said.

She says what they are trying to do by combining streams of data about the customer is build loyalty in a way that pure technology solutions just aren’t capable of doing. As she says, nobody says they are switching banks because it has the best chat bot.

Hearsay was founded in 2009 and has raised $51 million, as well as whatever other money Salesforce will be adding to the mix with today’s investment. Other investors include Sequoia and NEA Associates. Its last raise was way back in 2013, a $30 million Series C.