Turtlemint, an Indian startup that is helping consumers identify and purchase the most appropriate insurance policies for them, has raised $30 million in a new financing round as it looks to reach more users in small cities and towns in the world’s second largest internet market.

Only a fraction of India’s 1.3 billion people currently have access to insurance. Insurance products had reached less than 3% of the population as of 2017, according to rating agency ICRA. An average Indian makes about $2,100 a year, according to the World Bank. ICRA estimated that of those Indians who had purchased an insurance product, they were spending less than $50 on it in 2017.

A range of startups in India are trying to disrupt this market. Analysts at Goldman Sachs estimated the online insurance market in India — which in recent years has attracted several major giants including Amazon and Paytm — to be worth $3 billion in a report they recently sent to clients.

Another major reason why existing insurance firms are struggling to sell to consumers is because they are too reliant on on-ground advisors. 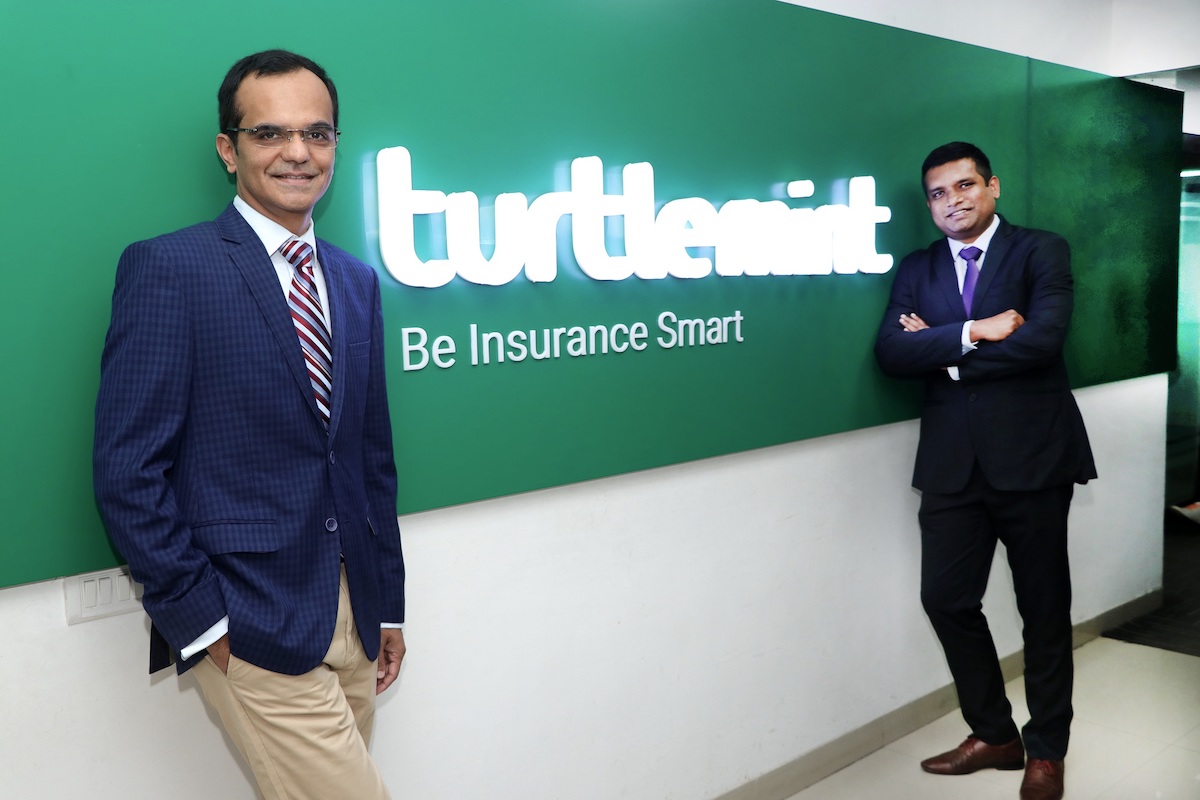 Instead of bypassing these advisors, Turtlemint is embracing them. It works with over 100,000 such agents, equipping them with digital tools to offer wider and more relevant recommendations to consumers and speed-up the onboarding process, which has traditionally required a lot of paperwork.

These advisors, who continue to command over 90% of all insurance sales in the country, “play a critical role in bridging the gap in tier 2 and 3 towns and cities, where low physical presence of insurance companies greatly impacts seamless access to insurance products and information,” the startup said.

Turtlemint works with over 40 insurance companies in India and serves as a broker, charging these firms a commission for policies it sells. The startup said it has amassed more than 1.5 million customers.

“By developing products for the micro-entrepreneurs and the rising middle class, Turtlemint has an opportunity to have a positive impact on India’s economy,” said Hans Tung, Managing Partner at GGV Capital, in a statement. “Dhirendra, Anand, and their team built an incredible platform that enables over 100,000 mom-and-pop financial advisors to serve consumers’ best interests with digital tools, helping middle-class families in India get insured with the best products available.”

In an interview with TechCrunch, Turtlemint co-founder Anand Prabhudesai said the startup will deploy the fresh capital to grow its network of advisors and improve its technology stack to further improve the experience for consumers. The startup today also offers training to these advisors and has built tools to help them digitally reach potential customers.

“Continuous education is a very important aspect of being a successful financial entrepreneur. To this end, we have created an online education product with a wide range of courses on financial products, advice-based sales techniques and other soft skills. Our content is now available in seven regional languages and over 20,000 learners are active each month on our edtech platform. A lot of these are first-time advisors who are taking their first steps towards starting their advisory business. Our target is to create a million successful financial entrepreneurs over the next 3-5 years,” he said.

The funding from the investment arm of National Grid, a multinational energy provider, is part of a $15 million new round of financing designed to take the company’s technology into critical industrial infrastructure — with National Grid as a point of entry.

Over 6,000 companies use the company’s services already and the roster list and technology on offer has attracted some of the biggest names in investing including Summit Partners, Battery Ventures, Georgian Partners and MassMutual Ventures.

“We view NGP’s show of support as an incredible opportunity to help customers in new markets thrive as their attack surfaces expand outside the firewall, especially now amid the COVID-19 pandemic,” said RiskIQ chief executive Lou Manousos said, in a statement.

RiskIQ has spent the past ten years spidering the Internet looking for all of the exploits that hackers use to penetrate networks and have built that into a database of threats. This inventory gives the company an ability to identify which assets within a company present the most obvious threats. Its automated services constantly scan third-party code, internet-connected devices and mobile applications for potential vulnerabilities, the company said.

“As a staple platform in their core security environment, our cyber threat analysts use RiskIQ regularly to enrich and identify incoming threats,” said Lisa Lambert, president of National Grid Partners and Chief Technology and Innovation Officer of National Grid, in a statement.

National Grid’s investment is a piece of a deeper partnership that will see NGP providing strategic advice for the security company as it looks to expand its commercial operations among industrial and utility customers.