The New York attorney general has cited more than a dozen instances in which she said Donald J. Trump inflated the value of his assets, including his Trump Tower penthouse.

Yisroel Goldstein, who was wounded in the deadly 2019 attack on the Chabad of Poway synagogue, north of San Diego, was sentenced to 14 months in fraud schemes in which, prosecutors say, he received more than $500,000.

After leading a three-year investigation into the former president, the Manhattan district attorney, Cyrus R. Vance Jr., will hand it to his successor.

A shelter operator admitted using money from the city to cover personal expenses, including shopping sprees at Neiman Marcus and Manolo Blahnik.

The House Republican leader made a number of false or misleading claims about the social spending bill, President Biden, immigration policy and Teslas.

The White House and Congressional Budget Office are at odds over how much revenue the Internal Revenue Service could recoup from tax cheats.

The head of the Congressional Budget Office said on Monday that beefed-up tax enforcement would raise far less money than the White House projected.

He bid up the price of medallions and borrowed against them. When their value plummeted, immigrant cabbies were left deep in debt.

By enabling resistance to lawful taxation, Republicans are undermining democracy.

The investigation, by the Westchester County district attorney’s office, increases the legal scrutiny of the former president and his family business.

More than 170 items once belonging to the infamous mob boss were sold at an auction in California last week, including his “favorite” pistol. It went for more than $1 million.

Together with its territories overseas, Britain is instrumental in a global game of deceit.

Technology and public opinion are shifting the balance against elites’ use of offshore financial services.

Senate Democrats say a 2 percent tax on the money companies use to buy back stocks and tightened rules around taxing partnerships would raise $270 billion for their $3.5 trillion social policy bill.

The agreement ends a longstanding tax dispute involving a decade’s worth of transactions at Renaissance Technologies, one of the world’s biggest and best-connected hedge funds.

Matthew Calamari, the chief operating officer at the Trump Organization, is under scrutiny. His son testified before a grand jury Thursday.

A U.S. District Court judge found that federal prosecutors had withheld financial data from Mr. Avenatti, the former lawyer for the pornographic film actress Stormy Daniels. He faces a retrial.

Unit21, a startup that helps businesses monitor fraudulent activities with its no-code software, announced today it has raised $34 million in a Series B round of funding led by Tiger Global Management.

The round values San Francisco-based Unit21 at $300 million and comes nine months after the startup raised a $13 million Series A that included investments from the founders of Plaid, Chime and Shape Security as well as former Venmo COO Michael Vaughan. 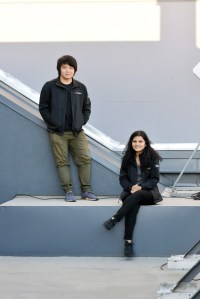 The pair say they started Unit21 based on the belief that the existing model of “black box” machine learning used for fraud prevention and detection was flawed. Their idea was to develop an alternative system to provide risk and compliance teams with more control over their operations. Unit21 describes its core technology as a “flag-and-review” toolset designed to give non-technical operators and anti-money laundering (AML) teams the ability to “easily” write complex statistical models and deploy customized workflows without having to involve their engineering teams. Unit21 says it provides this toolset to companies with the aim of helping them mitigate fraud and money laundering risks through Know Your Customer (KYC) verification, transaction monitoring detection and suspicious activity report (SAR) case management.

Unit21 has built up an impressive customer base of over 50 enterprise clients, including Chime, Intuit, Coinbase, Gusto, Flywire, Wyre and Twitter, among others. The company says it has monitored more than $100 billion in activity via its API and dashboard since its 2018 inception. It also says that it has saved more than 20 million users over $100 million in fraud loss/suspicious activity. The company declined to reveal hard revenue figures, saying only revenue grew by “12x” in 2020 compared to 2019.

“Data is the most important weapon in the fight against fraud and money laundering,” Kothair said. “This funding will support our mission to democratize data and make it more accessible to  operations teams.”

The company will also use its new capital in part toward expanding its engineering, research & development and go-to-market  teams. As of late June, Unit21 had 53 employees, up from 12 at the same time last year. The startup also plans evolve its platform for generalized flag + review use cases beyond financial crimes and fraud. It’s also eyeing expansion in the Asia-Pacific (APAC) and Europe/Middle East (EMEA) markets.

The space is a hot one with a number of other fraud-prevention companies raising capital in recent months including Sift, Seon and Feedzai. According to Compliance Week (citing analysis by Fenergo), financial institutions were hit with an estimated $10.4 billion in global fines and penalties related to anti-money laundering (AML), know your customer (KYC), data privacy, and MiFID (Markets in Financial Instruments Directive) regulations in 2020, bringing the total to $46.4 billion for those types of breaches since 2008. The report, spanning up to its release date of Dec. 9, said there has been 198 fines against financial institutions for AML, KYC, data privacy, and MiFID deficiencies, representing a 141% increase since 2019.

The first criminal prosecution involving the former president’s business hearkens back to Fred Trump’s $16,135 purchase of boilers in the 1990s.

Charges against the former president’s company and a top executive, explained.

The Trump Organization and Mr. Weisselberg have been indicted in connection with a tax investigation and are expected to appear in court later Thursday.

Mr. McAfee, who has not been associated with the company that bears his name for more than two decades, was fighting extradition to the United States after his arrest in Spain.

Natasha Sarin, a protégé of Larry Summers, is taking a leading role developing tax policy at the Treasury Department — to some progressive Democrats’ chagrin.

An investigation into Allen Weisselberg, the Trump Organization’s finance chief, appears to be heading into its final stages as prosecutors increase pressure on him.

America loses hundreds of billions of dollars to tax evasion every year. We need to give the I.R.S. the tools to combat it.

The Group of 7 nations reached an agreement over a global minimum tax that companies would pay regardless of where they are based.

The investigation into the former president has led prosecutors to subpoena records from a New York City private school.

The case had examined whether Donald Trump violated election law with a $130,000 payment shortly before the 2016 election to a pornographic-film actress by his personal lawyer, Michael Cohen.

Money directed at families is added to an earlier proposal on infrastructure.

The Samsung family in South Korea will also donate billions of dollars’ worth of art, including Picasso and Monet.

Chaim Deutsch, a Brooklyn Democrat, was removed for violating his oath of office, officials said.

Credit Suisse had admitted to helping American clients evade taxes in 2014 and was fined $2.6 billion, but it avoided even higher fines because of its vow that it had stopped the practice.

The president’s “American Families Plan,” which he will detail this week, will be offset in part by a tax enforcement effort that administration officials believe will raise $700 billion over a decade.

Wealthy Americans are concealing large amounts of income from the I.R.S. There is a straightforward corrective.

A former bank employee contends that the Swiss bank continued to help American clients avoid taxes long after its 2014 plea deal with the U.S. government

The I.R.S. is often unable to detect or fight blatant tax cheating by the rich and big businesses. Restoring it is a solution that pays for itself.

Increased spending to enforce the existing tax code would pay for itself and then some.

Robert F. Smith has acknowledged his involvement in a 15-year scheme to hide more than $200 million in income and evade taxes, but he retains the support of the hall’s board.

Inquiries into the president and his businesses, one criminal and one civil, are now looking at tax deductions taken on consulting fees. Some of the payments appear to have gone to Ivanka Trump.

The president is more vulnerable than ever to an investigation into his business practices and taxes.

Two icons of disruptive political leadership have much in common … except for acknowledging gracefully when they’ve been voted out.

Tax enforcers from five nations are investigating Euro Pacific Bank, which operates in a U.S. territory criticized in the past for its lax financial regulation.