The football-star-turned-candidate has been converting Bulldogs fans into supporters. But some Republicans worry voters are blinded by his celebrity.

In addition to writing an acclaimed biography, she encouraged a generation of young writers, predominantly women of color, to pursue careers in nonfiction.

The Bulldogs’ defense frustrated Bryce Young, Alabama’s Heisman Trophy-winning quarterback, to win the program’s first championship since the 1980 season and end a skid against the Crimson Tide.

Georgia will attempt to avenge a loss to Alabama in the Southeastern Conference championship game when the two teams meet again for the national title.

Georgia will attempt to avenge a loss to Alabama in the Southeastern Conference championship game when the two teams meet again for the national title.

With 846 receiving yards this season, Brock Bowers may be Georgia’s best offensive bet against Alabama in the national championship game.

And Georgia is hoping that this time around, it can show Alabama much more as they play for a national championship.

The next challenge will come on Jan. 10, pandemic conditions permitting, when Alabama and Georgia will play in a rematch for the championship.

The College Football Playoff begins on Friday, with Alabama and Cincinnati playing in the Cotton Bowl and Michigan and Georgia facing off in the Orange Bowl.

Frustrations with the pandemic in college sports have mirrored the challenges seen well beyond athletics.

The first Black student to receive a doctorate from the University of Georgia, she devoted her life to advocating for diversity in science and math education.

The semifinal games are scheduled for New Year’s Eve, with the national championship planned for Jan. 10 in Indianapolis.

No. 3 Alabama, the reigning national champion, fell behind early. Then it pounded the country’s best defense to run away with the Southeastern Conference championship.

An advisory committee had recommended renaming 75 buildings, including those named after Confederate leaders and supporters of segregation.

The other would-be semifinalists in the first rankings of the College Football Playoff included Alabama, Michigan State and Oregon.

At universities, some instructors are finding the return to the classroom a nerve-racking experience. A few have quit — one in the middle of class.

The duty to remember our country’s history belongs to all Americans.

A Black student, the subject of degrading comments in a fraternity group chat, got a tip about the messages. She posted them on Twitter.

Students arriving at N.Y.U. and other campuses are flooding social media with complaints about meals they are given as they isolate.

The serial entrepreneur began his career at International Paper working in their research division before founding two previous companies which became cornerstones of the bioplastics industry. His latest venture, RWDC Industries, has raised $133 million in a recent financing to build a new sustainable manufacturing juggernaut in the small city of Athens, Ga.

With offices in Athens and Singapore, RWDC is the fruit of a partnership between Carraway and Roland Wee, an engineer with decades of experience in the chemicals and construction business across Asia.

The two men met through mutual connections as Carraway sought new opportunities to pursue his longtime vision of commercializing bioplastics.  The serial entrepreneur had just stepped away from his work with  Meredian Holdings Group and its subsidiary, Danimer Scientific — companies that sprung from work Carraway started at his kitchen table with his wife back in 2004, he said.

In 2019, bioplastics represented a $95 million opportunity according to a report in Market Data Forecast, but the small size of the current market belies how big the opportunity can be, according to Carraway.

RWDC, Danimer, and Kaneka are all pursuing an opportunity to replace plastic packaging, which was a $234.14 billion market, according to GrandViewResearch. It’s that potential market for plastics that has drawn countless companies over the years — including Carraway’s own — to raise hundreds of millions of dollars.

Several of those companies failed. Perhaps the most successful of the early high-flyers was Metabolix, which had a public offering before the financial crisis hit in 2008. That company sold its bioplastics division to CJ CheilJedang for roughly $10 million and pivoted to crop science.

Carraway insists that the market has changed over the last few decades and the time is finally right for biology to supplant chemistry in industrial manufacturing.

“If you look back at the history of new materials development… especially polymers.. There has never been a new polymer that had been invented that didn’t take twenty to thirty years for it to make wide scale adoption,” said Carraway. “When a polymer is first developed it takes a while to get the manufacturing right to get it at wide scale. [And] it takes time for polymer converters to understand how to use a new material… it’s not that technologically it’s not viable it’s about figuring out how to use the new material.”

Scale is important too, said Carraway. “You have to reach a certain critical availability in metric tons available in the global market to create a situation where people can use the new material,” he said.

RWDC can already make about 5,000 tons of PHA and expects to grow its capacity to make half a million tons of material, but that barely scratches the surface of available capacity for traditional plastics. “For the next decade we’re going to be in a mad scramble to grow production capacity because we’re going to be behind the demand curve,” said Carraway.

Industry observers have seen this story before. Because the new material Carraway is talking about isn’t actually all that new. For at least the past twenty years companies have been working on ways to cheaply manufacture polyhydroxyalkanoates (PHAs). The material is produced by the fermentation of oil or sugars and serve as a replacement for the chemicals that are made from cracking ethane (a product of oil processing) to make plastic.

However, as concerns continue to mount over the environmental degradation caused by plastic pollutants and the contributions the plastics industry makes to emissions causing global climate change, the push for replacing plastics with more sustainable products has gained momentum. 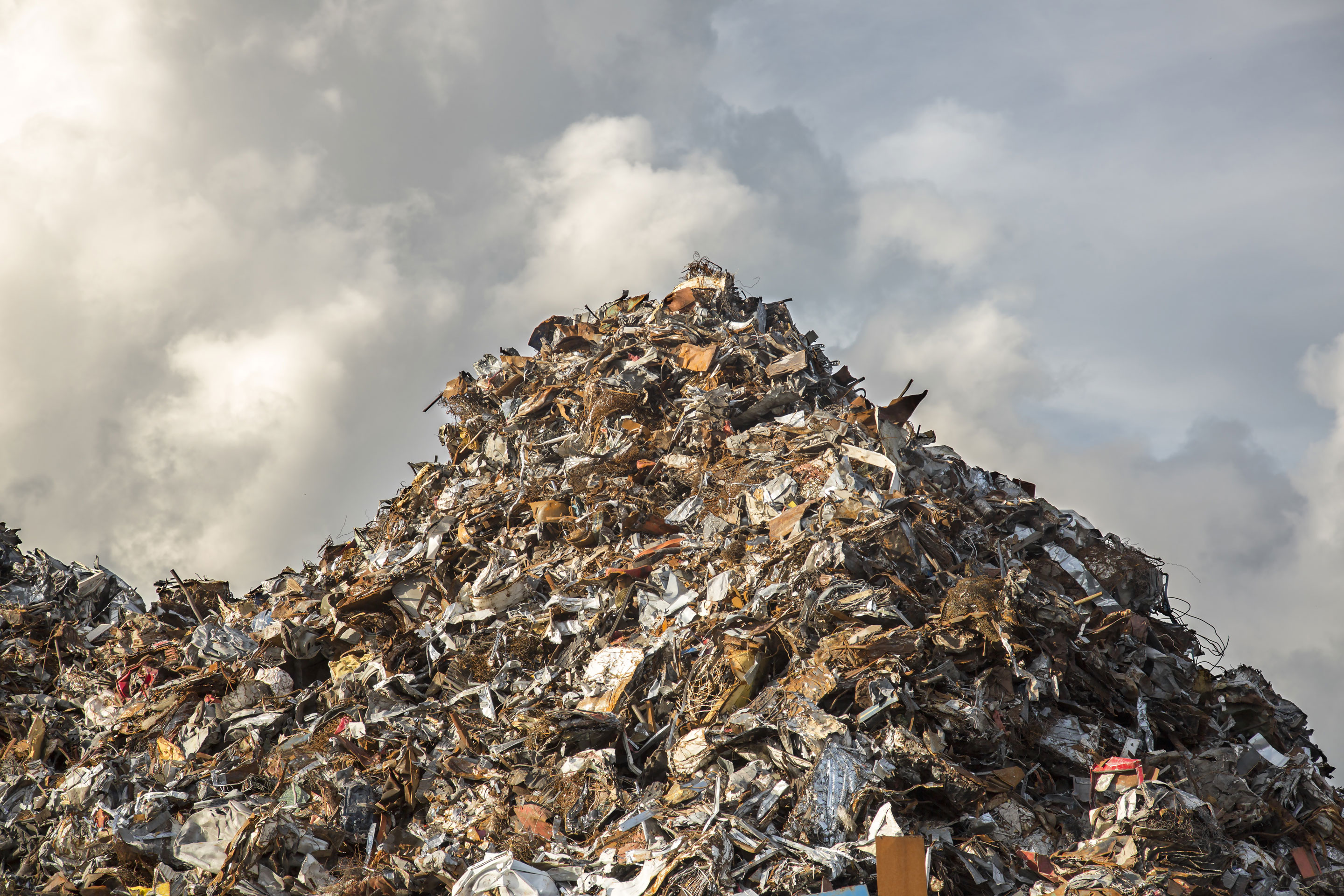 Regulations in Europe will ban many single use plastic products next year forcing companies to build out their supply of bioplastic alternatives or abandon the use of plastics altogether.

Market moves like these have the potential to spur the bioplastics industry and shift production into high gear. Carraway said demand hasn’t been effected by the collapse of oil prices which has driven down the costs of chemicals and plastics.

“Even though our materials are initially more expensive… the amount that they cost over the commodities in normal circumstances isn’t that much,” Carraway said. “Every customer we’re working with has asked us to speed up and give them more. No one has said we want to slow down or scale back or change our plans.”

And propelling the industry forward could provide a lift to local economies that have been financially ravaged by the worldwide COVID-19 pandemic.

At least, that’s what Carraway is hoping will happen in Athens, Ga.

The company is using some of the money it raised from international and US-based investors including the Singapore-based venture capital firm Vickers Venture Partners; IKEA’s investment company; a Swiss pension fund; a Northeastern energy provider; and an industrial chemical company owned by Koch Industries to revive an old factory in the city as its new production plant.

RWDC said the new facility will bring in 200 jobs to northeastern Georgia.

“We are excited to see RWDC expand its operations in Athens and add a substantial number of new well-paying jobs,” said Athens-Clarke County Mayor, Kelly Girtz. “Athens is the home of the University of Georgia, and we have a long record of supporting innovation and industry. Like communities across America and the world, we want to see a reduction in plastic pollution, and we have high hopes that RWDC, with the help of the Athens community at their new facility, will be able to solve that problem.”